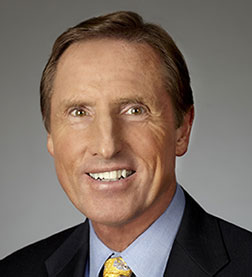 As Chairman and CEO of Blue Shield of California, Mr. Bodaken was responsible for strategy and management of California’s third largest insurer, the only statewide network-model not-for-profit health plan.

During his tenure, Blue Shield membership increased significantly to 3.3 million members, revenues grew from $1.5 billion to nearly $11 billion, and major public sector contracts including CalPERS and TRICARE were won. CalPERS partnered with Blue Shield and other major California providers to create the first West Coast ACO and Blue Shield went on to become a leader in value-based payment arrangements.

In 2002, Mr. Bodaken became the nation’s first health plan CEO to propose a specific plan for universal healthcare coverage for California. Under his leadership, the Blue Shield of California Foundation was reinvigorated and became one of California’s largest healthcare philanthropies. By 2010, it had earned a spot on Business Week’s ranking of America’s 20 most generous corporate foundations.

Mr. Bodaken has been on the board of directors of Rite Aid Corporation since May 2013, on the board of WageWorks Inc. since November 2005, and on the iRhythm board since July 2017. Previously a Brookings Institution appointee, he is currently an instructor at UC Berkeley’s School of Public Health in the division of Health Policy & Management.

Mr. Bodaken has a B.A. and Masters in the study of philosophy and taught Philosophy at the college level before embarking on his career in health care. He is co-author (with Robert Fritz) of The Managerial Moment of Truth, published by Simon & Schuster (Free Press) in 2006.