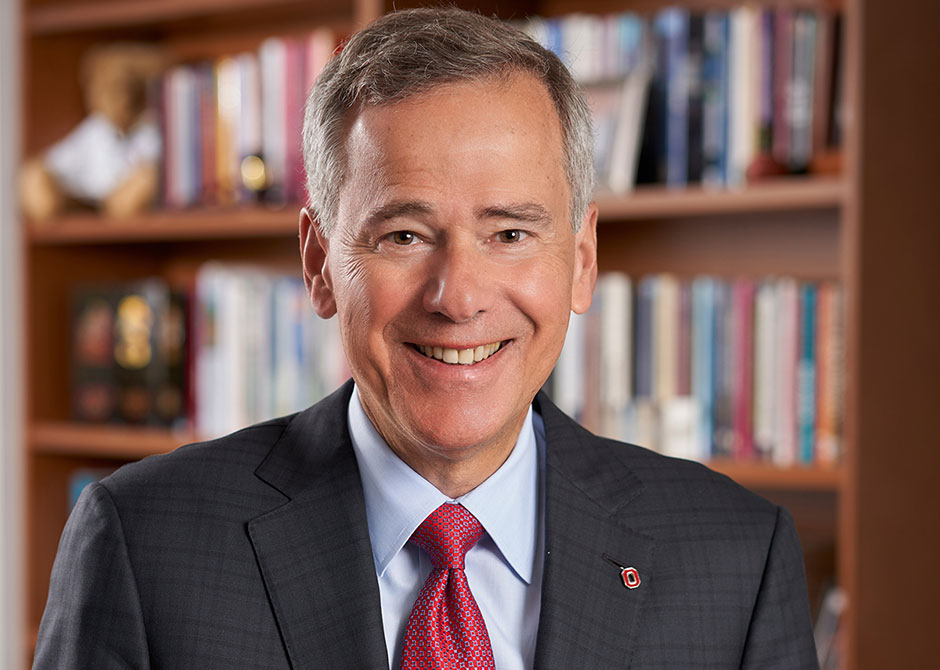 Dr. Harold L. Paz is the first to serve in the position of Executive Vice President (EVP) and chancellor for health affairs at The Ohio State University and Chief Executive Officer (CEO) of the Ohio State Wexner Medical Center. At Ohio State, Dr. Paz leads all seven health science colleges and serves as CEO of the $4 billion Wexner Medical Center enterprise, which includes seven hospitals, a nationally ranked college of medicine, more than 20 research institutes, multiple ambulatory sites, an accountable care organization and a health plan.

Before joining Ohio State in June 2019, Dr. Paz was executive vice president and chief medical officer at Aetna, where he led clinical strategy and policy at the intersection of all of Aetna’s domestic and global businesses. He reported to Aetna’s chairman and CEO, and was a member of its executive committee. Prior to joining Aetna in 2014, Dr. Paz served as president and CEO of the Penn State Hershey Health System, senior vice president for health affairs at the Pennsylvania State University and dean of its College of Medicine for eight years. Before his appointment at Penn State, he spent 11 years as dean of the Robert Wood Johnson Medical School and CEO of the Robert Wood Johnson University Medical Group.

A fellow of the American College of Physicians and the American College of Chest Physicians, Dr. Paz is currently on the board of Research!America. He is past chair of the board of directors of the Association of Academic Health Centers and a former board member of the Association of American Medical Colleges (AAMC) and chair of the AAMC Council of Deans. He has served on a number of corporate and scientific boards in the healthcare and biotechnology field. Dr. Paz has authored more than 100 publications, including peer-reviewed articles, chapters, commentaries and abstracts. He is the recipient of numerous awards and an honorary degree.

Dr. Paz received his bachelor’s degree from the University of Rochester, a master of science in life science engineering from Tufts University and his medical degree from the University of Rochester School of Medicine and Dentistry. He completed his residency at Northwestern University, where he served as chief medical resident. Dr. Paz was a Eudowood Fellow in pulmonary and critical care medicine at Johns Hopkins Medical School. In addition, he was a postdoctoral fellow in environmental health science at Johns Hopkins School of Hygiene and Public Health.