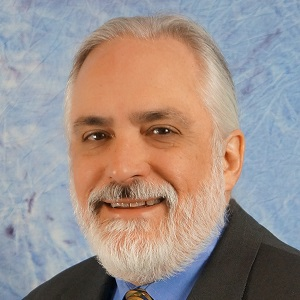 In 2019, the Bon Secours health system sold its Baltimore-based hospital to LifeBridge Health.

Without a hospital presence in the city, people probably would have expected the health system, which maintains hospitals and clinics throughout Virginia and South Carolina, to exit Baltimore entirely. Except Bon Secours kept one vital part of its operation within the city: the Community Works program. Through this initiative, Bon Secours has provided resources and services to West Baltimore residents through education, economic development, and housing and community development opportunities.

“We’re still a part of the community. And there is the same hospital in the community, it’s just run by a different organization. It’s almost become cliché to say your zip code has more to do with your outcomes than whether you have access to care. We can have all the clinical pathways and quality improvement metrics, but if the conditions in the neighborhood don’t support good health, you’re going to have a lot of sick people,” says George Kleb, Director, Housing and Community Development at Bon Secours. “I think health systems are looking at things much more holistically now and trying to identify where their investments can be made to affect community health.”

In the nearly 30 years it’s been operational, Bon Secours has developed and maintained 802 units of affordable housing across twelve properties in West Baltimore, with more projects in the pipeline. Health Evolution recently spoke with Kleb about the history of this project, the successes it has seen with ROI, and why other health systems should be making similar investments.

In 1993, the West Baltimore hospital cut the ribbon on a new wing. It was about a $30 million investment in an outpatient focused facility that required a lot of time and effort to make sure that the services within that building would be responsive to the health care needs of the people living in the community. For example, it had a large renal dialysis unit, ambulatory surgery, and cardiac care services. Just a whole lot of things that were based on the health care needs of the community. If you know how health care was administered back then and how the business model worked, you know the justification for the capital was a system based on volumes and acuity. The more volume and acuity you have, the more you are reimbursed. We cut the ribbon in 1993, but instead of volumes going up, they went down.

When our leadership drilled down into what the causes were, it wasn’t that the facility was missing the mark by offering the wrong services. It had to with the conditions in the neighborhood. The conditions were twofold. Number one there was a dramatic increase in the pace of property abandonment in the neighborhood surrounding the hospital. We went from about 20 percent vacancy in the blocks leading up to the hospital to two thirds in a period of about six or seven years. Our part of Baltimore had become more vacant gradually over the years, but it really accelerated after the tax reforms of 1986 because the tax advantages for absentee landlords went away and there was a depressed rental market. Rental properties were not very expensive and you couldn’t get a tax advantage. So, for absentee landlords, when their tenants moved out, they weren’t replaced. The second factor was the crack epidemic and phenomena of these open-air drug markets, two of which were very close to the hospital.

The organization reached out to the city and asked for support in redeveloping housing and offering heightened drug enforcement. The city came back and said, “We’re basically overwhelmed, we’re looking to redevelop other parts of the city. You’ll have to get another partner. Not that we won’t support you, but you’re going to have to get another partner or do it yourself if you want to redevelop real estate around the hospital.” What the executive team and board decided to do was to launch something called Operation Reachout…acquiring vacant housing in the three-block stretch next to the hospital. They also acquired an old Catholic school that had been abandoned for about 20 years. In 1995, we announced that we’re going to redevelop the housing on West Baltimore Street and that we were going to do something at the site of the old school to support families. We said that those two commitments were the only unilateral decisions we’re going to make and everything else was going to be done in partnership with the community.

We partnered with a division of Enterprise Community Partners for development and then we convened a group of folks to help us decide what to do at the old school. We came up with the idea that we want to do something for families with very young children and got some funding for a family support center. We tore down the old school and built the family support center in the spring of 1997.

And how did you get to 802 affordable housing units in West Baltimore?

Early on in the relationship with Enterprise, they were the development consultant and helping us take the risk and bear the load. The understanding was always that they would help us to build our capacity. From the very beginning, the idea was that we would figure out a way to grow this, because the part of Baltimore that we served as a hospital is one of the most underserved areas for affordable housing.  There was no shortage of need and there was opportunity because no one else was offering these kinds of development services in housing. We were filling a gap that needed to be filled.

We saw it as ‘This is Bon Secours, and this is what we’re called to do because it’s a need in the community that the [Bon Secours] Sisters and the institution were heavily invested in.” We ended up developing six senior housing facilities, some row homes and family buildings, and we got a reputation as being a solid developer and good at community engagement. We work hard on a relationship with the community. It’s not just about putting housing in place. Through Community Works, we also have workforce development, early head start and youth programs, an urban farm and financial services. We’re developing an old library into a youth-oriented community resource center. We also do open spaces and parks. It’s much broader than just the housing, even though the housing is the most prominent because of the dollars invested and the fact we have 802 units across numerous locations.