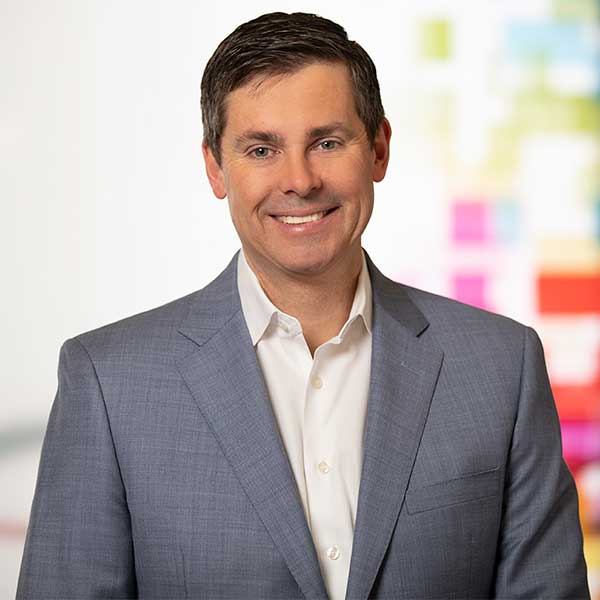 Dave Ricks is chair and chief executive officer of Eli Lilly and Company. A Lilly veteran for more than 25 years, with experience in marketing, sales, drug development and international operations, Dave became CEO in January 2017 and was elected chair of the company’s board of directors effective June 2017.

Dave served as president of Lilly Bio-Medicines from 2012 through 2016. He led the company’s largest affiliate, Lilly USA, as president from 2009 to 2012.

Prior to that, Dave served in international leadership roles for nearly eight years. He served as president and general manager of Lilly China, operating in one of the world’s fastest-growing emerging markets, from 2008 to 2009. He led Lilly Canada as general manager from 2005 to 2008, after roles as director of pharmaceutical marketing and national sales director in that country. Dave joined Lilly in 1996 as a business development associate and held several management roles in U.S. marketing and sales before moving to Lilly Canada.

Dave is on the board of Adobe and is the immediate past chair of the board of the Pharmaceutical Research and Manufacturers of America (PhRMA). Dave is a member of the International Federation of Pharmaceutical Manufacturers & Association’s CEO Steering Committee, The Business Council, Business Roundtable, and the U.S. Patent and Trademark Office’s Council for Inclusive Innovation.

Closer to home, Dave is also heavily engaged in the development and well-being of Central Indiana. He serves on the board of the Central Indiana Corporate Partnership and on the Riley Children’s Foundation board of governors.