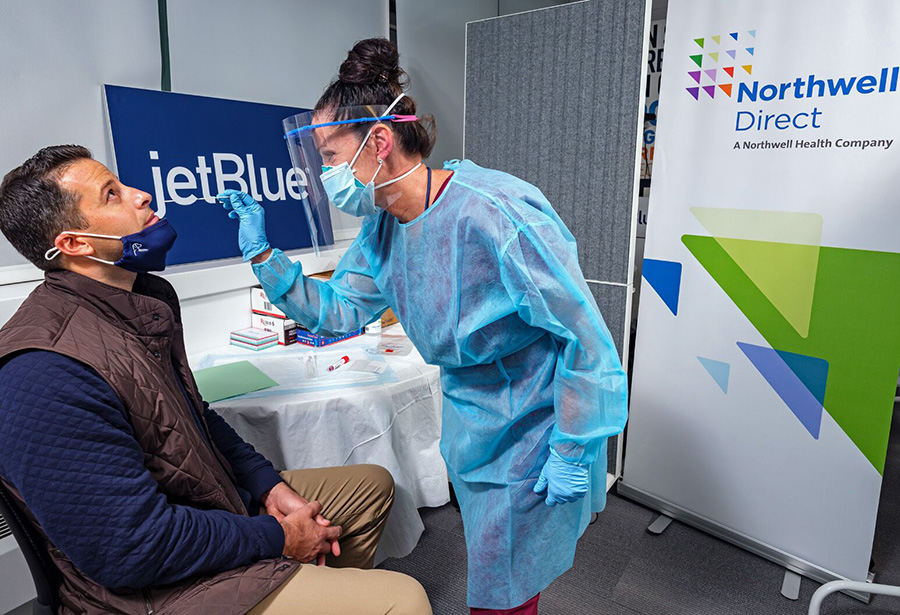 Employers are ready to lower the cost of health insurance and they’ll do anything to make it happen.

According to a new survey of large employers from Kaiser Family Foundation (KFF) and the Purchaser Business Group on Health (PBGH), 96 percent of employers say health benefit costs are excessive. Eighty seven percent of respondents say that within the next five years the cost of providing health benefits will become unsustainable.

“Business leaders believe the health care industry should behave like they do and be accountable for their customers. As Sen. Braun said, health care leaders are having it both ways, they are seeking a free market and yet limiting negotiations. When employers try to do value-based purchasing, they are limited through lack of transparency, gag clauses, and other anticompetitive practices. They need to be responsive to the people paying the bills,” said Elizabeth Mitchell, CEO of PBGH in a recent webcast.

What’s more, employers are eager to test out different collaborations and initiatives to lower the cost of care, according to the survey data. Somewhat surprisingly, a large majority even welcome government intervention. Of those surveyed, 83 percent say a greater role for government in providing coverage and containing health care costs would be better for their business and 86 percent say it would be better for their employees. Eighty five percent say the need for government to play a role in controlling costs will only increase over the next five-to-ten years.

Another survey, from the National Alliance of Healthcare Purchaser Coalitions, confirmed that a majority of employers are interested in various legislative efforts to lower the cost of care. This includes drug price regulation (favored by 94 percent of employers), hospital price transparency (90 percent), surprise billing regulation (81 percent) and hospital rate regulation (79 percent). Michael Thompson, President and CEO of the National Alliance of Healthcare Purchaser Coalitions, says that the health care industry’s increasing consolidation has pushed employers down this path.

“If you look at the pace at which deductibles have increased or even the premiums have increased, you realize that employers’ ability to manage costs from arm’s length has been difficult in the current system and a lot of that has fallen directly on their employees and their families. With that in mind, I think employers have hit a wall as to how far they can go with those types of strategies,” says Thompson.

Over the past decade, employers have increasingly pushed the cost of health care on to employees, says Jim Cusumano, President and CFO of Brighton Health Plan Solutions, which offers health plan services for employers. According to a separate study from KFF, published in October of last year, there has been a 111 percent increase in the burden of deductibles across all covered workers from 2010 to 2020. But that just can’t keep happening as far as employers are concerned.

“I think the game is over when you look at the rising cost of premiums and pushing it onto the individual. The crossroads that employers are at now is how do they take control of their health care spend and reduce the overall cost. Because passing it on to their employees is not an option anymore,” says Cusumano.

Beyond government intervention, there is a growing interest by employers to collaborate directly with health systems through direct contracting. According to the KFF and PBGH survey, 47 percent of employers say it’s highly likely they will implement a direct contracting arrangement with a high-performing provider system. In these arrangements, health systems offer their services directly to self-insured employers rather than working through insurance companies.

Increasingly, large health systems are also interested in these arrangements. Northwell Health System, the largest provider organization in New York, entered the direct contracting game in June of last year officially launching Northwell Direct after it sat in incubation for a few years. In just under one year of operations, the direct contracting arm of the company has signed agreements with JetBlue, Whole Foods and other employers.

“The organizations that we’ve partnered with have struggled with the more traditional model. They aren’t seeing the value in what they are paying for,” says Northwell Direct CEO Nick Stefanizzi. “We believe there is an opportunity to create a closer relationship between provider and employer, and to do it in a way that drives value and a better experience for the employer.”

Not only are employers seeking out these arrangements because they believe it can lower costs, but also to create a better and easier experience for employees, Stefanizzi says. The complexity of the health care system has left many consumers frustrated and disengaged. A survey from Change Healthcare in 2020 found 62 percent of consumers said the health care system feels like it’s designed to be confusing. More than 60 percent reported their bills feel more complex than a mortgage payment.

“By partnering with [employers] in these new models, we have the opportunity to streamline the process, to make it easier and provide a better experience for their employees as they become patients,” Stefanizzi says. “Outside of the savings and quality that we’re able to bring, I think that’s a benefit that will accrue to the employers as well in the form of [increased] employee engagement.”

Of course, employers want the savings too. According to Brighton Health’s estimates, Northwell has pricing that is 25 percent better than what self-insured employers can get from insurance carriers. Cusumano at Brighton (which works with Northwell) says that the rates are that low because Northwell knows it will make up for it on the utilization side and have the size to take this risk. He says the arrangement helps the health system better manage its entire population, something that was thwarted in the past with its attempt at a fully-insured health plan.