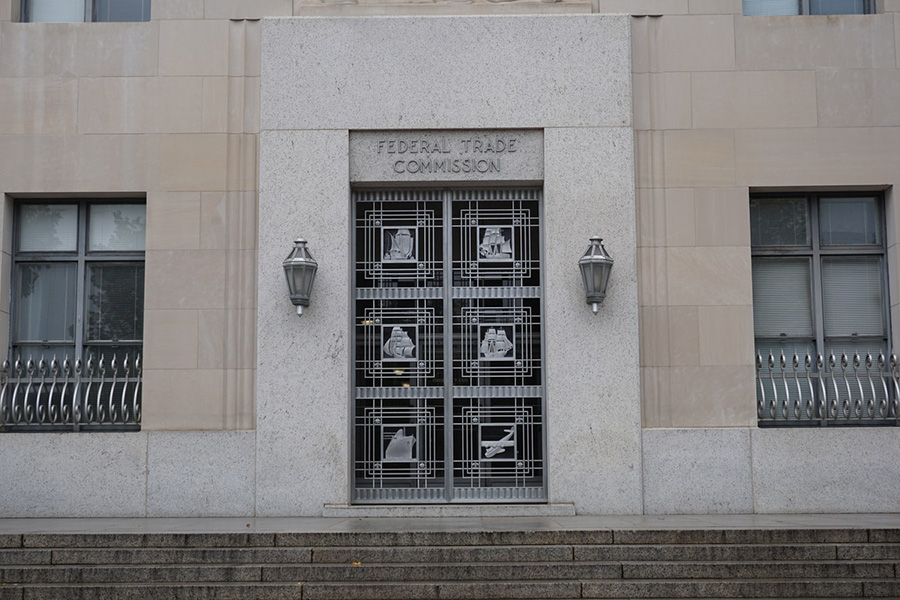 Is the FTC increasing scrutiny amid high M&A levels in health care?

As health care organizations emerge from the pandemic, a frenzy of merger and acquisition activity has begun and that can potentially bring the watchful eye of the Federal Trade Commission.

More than 700 deals took place in the first quarter of 2021, according to a recent estimate from Epstein Becker Green, KPMG and FocalPoint Partners. This represented a 50 percent increase over the same period in 2020. Leading the way was the life sciences industry with 126 transactions followed by the physician practice and services and health care IT sectors, each with more than 100 transactions.

“We’re seeing some crazy activity that’s going forward,” says Michael Buchanio, a Chicago-based senior principal of healthcare and life sciences at West Monroe Partners, a consulting firm that has already worked on many deals this year. A major reason for the increased activity, he says, is the virtual work environment spurred by the pandemic has transformed deal making into a more efficient process than conducting negotiations onsite.

“We’re getting greater access to [M&A] targets. While you miss some of that face-to-face time, a lot of times what used to be one day for 7-8 hours can be scheduled over 2-3 days at a few hours per pop. When that adds up, you get maybe 15-16 hours with an [M&A] target. You get more access via screen time,” Buchanio says.

Moreover, the financial ramifications of the pandemic have many health care organizations looking for deals and growth opportunities. This is particularly the case for health systems, says John Carroll, a partner in the Antitrust & Competition Practice Group in the Washington, D.C. office of Sheppard Mullin.

“You are seeing deals that were paused get un-paused. You are also seeing new deals as health systems aren’t just singularly focused on having enough ICU beds but looking at the strategy they were looking at before. This is getting scale, improving quality, lowering costs, entering into more value-based care arrangements, and growing their physician networks. There’s definitely a reinvigoration,” Carroll says.

The increase in mergers and acquisitions has the potential to cause more enforcement activity from the FTC, experts say. Last year was the busiest for FTC enforcement in two decades, says Buchanio, as the agency challenged five different deals in the fourth quarter.

FTC may up the ante in 2021. In January, the agency announced its intent to study the effects of physician group and health care facility consolidation that occurred from 2015 through 2020. In March, it launched a working group with the Department of Justice and other government stakeholders to update theapproach to analyzing the effects of pharmaceutical mergers.

“Given the high volume of pharmaceutical mergers in recent years, amid skyrocketing drug prices and ongoing concerns about anticompetitive conduct in the industry, it is imperative that we rethink our approach toward pharmaceutical merger review,” FTC Acting Chair Rebecca Kelly Slaughter said in a statement.

This isn’t coming out of nowhere, experts say. In fact, the FTC and DOJ would say they aren’t doing anything different than they have in the past, suggests Carroll. “There are just more deals that are concerning to them. They are applying the same economic modeling that they’ve used for the last 20 years. More deals are problematic in their view, so they are investigating and challenging more deals,” he says.

David Maas, a partner at Davis Wright Tremaine who focuses on antitrust, class action, and complex commercial litigation, says that FTC involvement in M&A activity is zeroed in on health care and technology as of late. He points to the agency blocking the NorthShore-Advocate proposed merger in Chicago five years ago as a turning point. It allowed the agency to establish a precedent in blocking health system mergers in urban areas.

“For a period of about three years, it seemed the FTC’s winning record was going to slow down hospital-to-hospital transactions in a significant way and discourage parties from pursuing transactions that might run into this expensive investigative and litigation process,” Maas said. This meant the FTC has been able to focus its efforts elsewhere. “For a while, we saw enforcement activity in other areas of health care, including significant insurance and physician transactions that were blocked.”

Per the recent guidance, Maas expects the FTC to be more aggressive in potentially blocking physician group transactions. This ties into the rising number of vertical integration deals that have caught the eye of the agency. Along with the physician group mergers, a recent example in biopharma would be the FTC’s attempt to block an $8 billion merger between Illumina and Grail. Buchanio expects that with Democrats in charge of the FTC, health care organizations could see even more of an effort from the agency to block these deals.

“Just looking at where Biden and his administration may be heading, we expect government efforts to expand to further police the marketplace. [Acting FTC Chair Slaughter] has advocated for a much tougher stance against vertical deals,” Buchanio says.

Beyond vertical integration, the arrival of a new administration could mean a swing in how the FTC views M&A in health care, experts say. The majority of FTC Commissioners are nominated by the President. At least one person President Biden has nominated, Lina Khan, is an aggressive voice in the antitrust space. Additionally, the President’s own Secretary of Health and Human Services, Xavier Becerra, was known for enforcing antitrust activity in health care as the Attorney General of California, most notably getting Sutter Health to pay a $575 million antitrust settlement.

“I think we are already seeing a more significant swing in connection with the Biden administration’s approach to enforcement. The nomination of [Khan] is an example of that,” Maas says. In particular, Khan has had an aggressive stance against big tech companies, many of which are attempting to make a dent in the health care industry. He says while it remains to be seen how Becerra will play a role in antitrust enforcement as HHS Secretary, his presence in the administration is very telling. “His place at HHS could have an antitrust impact.”