In this recurring article, we track the career changes of the Health Evolution community. For this version, we’re looking at who’s been on the move in January and February. 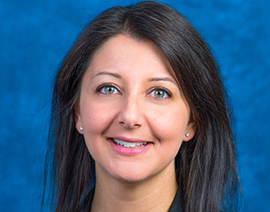 Mandy Cohen, MD was named the CEO of Aledade Care Solutions (ACS), the company’s new health services unit. In this role, Cohen will lead the implementation of targeted wraparound care solutions to support more than a thousand primary care practices in Aledade’s nationwide network of Accountable Care Organizations (ACOs). Cohen was previously the Secretary of Health and Human Services for North Carolina. Farzad Mostashari, MD, co-founder and CEO of Aledade said in a statement: “I have had the opportunity to work with Mandy when she was a leader at the Center for Medicare and Medicaid Services and as Secretary of Health and Human Services for North Carolina. I have always been impressed with her proven track record of delivering results for people who need high-quality, whole-person care, and we are thrilled that she will be helping to guide this next phase in our growth.” Cohen is also a member of Health Evolution’s leadership committee. 1/25

Interested in participating in the 2022 Health Evolution Summit? Apply to attend

The Senate approved Robert Califf, MD as the next commissioner of the US Food and Drug Administration (FDA). Califf was approved by a 50-46 vote. It is Califf’s second stint as FDA Commissioner. He served for less than a year under the Obama administration in 2016. At that time, he was confirmed by a vote of 89 to 4. 2/15

Maven Clinic, a virtual clinic for women’s and family health, announced the appointment of Alex Peahl, MD, Assistant Professor and physician-investigator in the Department of Obstetrics and Gynecology at the University of Michigan, as the company’s first ever Visiting Scientist. 1/26

The Oklahoma University Health Board of Directors announced Richard Lofgren, MD, as CEO of OU Health. He will be onsite in Oklahoma City beginning in mid-March. Lofgren comes to Oklahoma from UC Health in Cincinnati, where he has served as president and CEO since 2013. His executive experience in health care spans more than 40 years and includes leadership roles at University HealthSystem Consortium, University of Kentucky, Medical College of Wisconsin and University of Pittsburgh. 2/4

CHI Health announced that E.J. Kuiper is the new CEO of CHI Health and President of CommonSpirit Health’s Midwest Division. 1/22

After more than four decades as a physician, innovator and national leader in health care, John R. Brumsted, MD, President and CEO of The University of Vermont Health Network will retire in September from the position he has held since the network was founded. 1/25

Howard P. Kern, President and CEO of Sentara Healthcare, has announced his planned retirement from the not-for-profit integrated health system by the end of 2022. Kern has agreed to remain in his role until a new CEO is selected and in place. 2/4

Behavioral health company Acadia Healthcare is paying outgoing CEO Debbie Osteen an additional $900,000 to stay on for two months to help with the transition to a new CEO. 2/7

Florida-based BayCare Health System announced that CEO and president Tommy Inzina will retire at the end of this year. 2/8

Humana hired health care industry veteran Andrew (Andy) Agwunobi, MD as the new President of the company’s Home Solutions business. Dr. Agwunobi comes to Humana from the University of Connecticut, where he currently serves as interim University President, and as CEO of the UConn Health System. In his new role, Dr. Agwunobi will report directly to Humana President and CEO Bruce Broussard and will serve as a member of Humana’s management team. “Andy is just the person we need for this critical Humana role leading our Home Solutions business,” Broussard said. “He has a real passion for care in the home. He has been responsible for a home health care organization as part of an integrated system. He has extensive operational experience with for-profit and nonprofit organizations, and he’s a doctor – he understands the value of care in the home, why seniors want more of it, and our vision at Humana for making it much easier for people to get the care they need at home.” 1/14 Merck’s head of human health division Frank Clyburn left the company in the beginning of February. 2/1

Bayer appointed Christine Roth as the new Head of the Oncology Strategic Business Unit at its Pharmaceuticals Division. 2/3