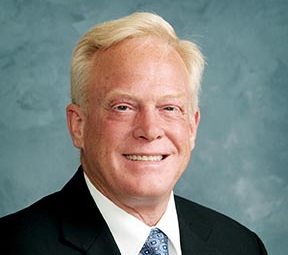 Steve Barnett came to his role as CEO of the Sandusky, Mich.-based McKenzie Health System in 2008, just as the recession was kicking into high gear.

“If you think about where we were nationally with the economy back in 2008, it really set the stage for a precarious time, especially when you think about what ensued after with the debate over health care and the subsequent passing of the Affordable Care Act in 2010. [The ACA] was the single biggest disruption to health care since the beginning of the 20th Century,” says Barnett.

For Barnett, the transformations happening around the industry and the world at large represented a chance to change the culture of the organization. In adhering to the spirit of the ACA, the hospital switched from a sickness/volume model of payment to one that depends on wellness visits and value. McKenzie changed its mission statement, modified staffing and recruiting strategies, and adopted telehealth to improve access to care.

For the nation’s 1200+ critical access hospitals and rural providers, undergoing a transformation like this isn’t just a nice thing to have for a marketing presentation … it could be the difference between staying in business or shuttering. According to research, 102 rural hospitals have closed since 2010 and approximately 700 are currently in danger of doing the same. The health of rural health organizations is one of the most critical issues heading into the next decade.

“When these hospitals close, there is obviously no care in the communities. But also what you see over time, and what has been proven by several studies, is you’ll see the community dry up,” says Mitchell Clark, President of Cerner’s CommunityWorks, which is a sect of the Kansas City-based health IT giant that is geared toward working with rural providers.

Challenges of a rural provider

Darrold Bertsch has seen these struggles firsthand as the CEO of Sakakawea Medical Center, a Critical Access Hospital in Hazen, N.D. In North Dakota alone, five hospitals are at risk for closure — all of which are essential to their communities. While Sakakawea isn’t on that list, the struggles that many of his fellow rural hospitals face are not far from Bertsch’s mind.

“We’re challenged with making sure we can make ends meet and making sure we have positive operating margins so we can reinvest in our facilities and continue to provide the services that are needed locally. That’s a constant challenge to make sure we are financially viable. And rural organizations especially have challenges in recruiting the workforce we need,” says Bertsch, who became CEO of the organization in 2009.

Mike Shimmens, executive director of 3RNet (National Rural & Retention Network), a not-for-profit organization that places health professionals primarily in rural and underserved practices, says that hiring strong candidates to practice in these areas can be tricky. “Finding and keeping a good workforce seems to be even a bigger struggle in a rural area. There’s just not as many bodies to go around for employment,” he says. “You need to have a strategy. The CEO needs to be involved.”

Rural providers are combating these challenges with loan repayment programs and developing recruiting pipelines to get young people interested in health care. Other organizations are using flexibility as a carrot.  “A lot of the workforce wants a flexible type of schedule, a flexible working environment to meet the needs of their family and their profession,” says Shimmens.

The list of problems that rural health CEOs face includes many of the same issues many other health care CEO grapple with: recruiting and retaining talent, keeping patients satisfied, curbing overuse of the ED, dealing with the opioid crisis, navigating the regulatory landscape, staying profitable and finding new revenue sources.

But the issues are amplified for rural organizations because their patients struggle with access to care and, in turn, have worse health outcomes. According to one study, rural residence was associated with a 40 percent higher preventable hospitalization rate and a 23 percent higher mortality rate than those in an urban area.

Many hospitals serve patients hundreds of miles away. Improving access to care is a challenge that every rural CEO encounters during their tenure. For Bertsch, the solution was a collaboration between Sakakawea and Coal Country Community Health Center, a federally qualified health center in nearby Beulah, N.D. The two organizations were originally competitive but realized that a combination would increase access to care for both their patients.

“We have an integrated governance model where those two entities work together to address the needs of the patients instead of being competitive. This has led us to expand our health care services, not only in our service area footprint but by doing more behavioral health,” said Bertsch, who is CEO over both organizations. He notes that both entities have remained independent corporations and it’s not an official merger.