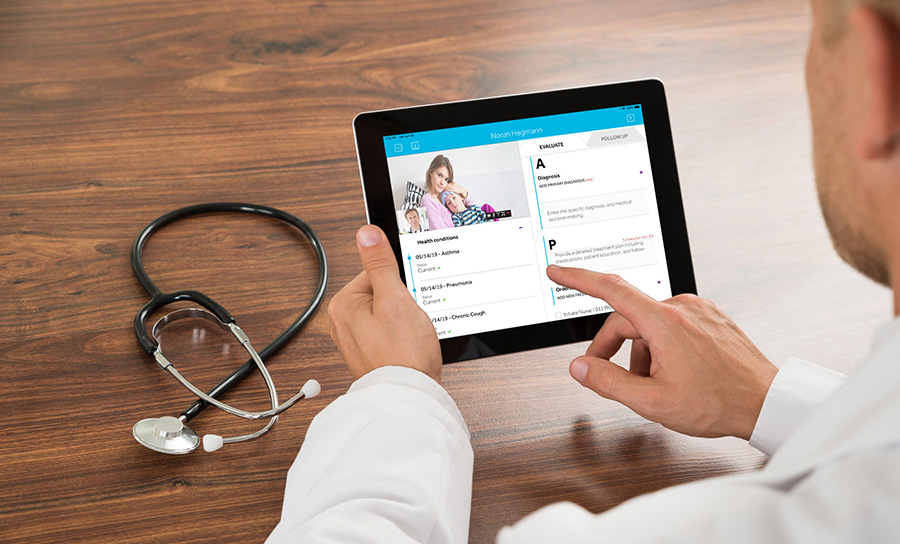 It’s by far the biggest deal in the digital health industry; and the third largest for a U.S. company this year. The merger combines Teleadoc, a virtual care company with Livongo, which has grown rapidly through its remote monitoring and chronic care management tech.

Now that the buzz around the merger has faded, it’s time for a look at the impact CEOs, consultancies, and industry analysts expect in the short-term.

One CEO sees it as a harbinger of things to come, as the country combats a deadly pandemic that has forced a transition to care being delivered virtually.

“Digital health was starting to pick up momentum before the pandemic arrived. It was growing at a glacial pace, though, in true health care style. There was a lot of promise, but it was considered a ‘nice to have.’ With COVID hitting the world, we’ve realized that digital transformation is a necessity and it’s no longer a ‘nice to have,’” says Kristen Valdes, CEO of b.Well Connected Health, which offers a consumer health platform to payers and providers.

The Teladoc-Livongo merger, she says, should tell health care CEOs that it’s time to “cater to what consumers want.” The success of the two companies and their imminent combination (scheduled to close in the fourth quarter of this year) shows that when it comes to consumer health, primary care and care management, convenience and a strong user experience are what matter most.

“We have to make sure we give them great experiences with trustworthy physicians, but we have to beat them on a convenience level. It’s not just about digital or in person, it’s about convenience. Livongo and Teladoc shows us this is what consumers want and it will be the future of how health care operates,” says Valdes, who spent 12 years as a vice president at United Healthcare before starting b.Well.

Valdes is not alone in her analysis of the post-Livongo-Teladoc future. Forrester analyst Arielle Trzcinski wrote that the deal “solidifies that health care is on a permanent path towards a digital-first future and that care delivery settings are evolving quickly.” Health care providers and payers, Trzcinski argued, need to adapt to this future to stay ahead of the competition.

“What’s happening is this emerging trend that we have to meet the consumers where they are and a recognition that not all consumers are the same,” says Valdes. “This pushes us to a place where HHS and CMS have been trying to push us for a while and that’s the consumer needs to be in control. They need to be in control of their health records and in control of where and how to access their care. The health care system needs to adapt to the consumer rather than the other way around.”

She says Livongo and Teladoc are coming together because the population increasingly is seeking out on-demand care—and increasingly, they’re finding it digitally. “The transformation of moving into consumerism isn’t just innovative, it’s here and now,” Valdes says.

This shift means providers and payers will face emerging challenges from well-endowed, non-traditional players, such as retail giants and tech companies. Accenture found that while higher numbers of consumers are open to receiving virtual health care services from their traditional providers (54 percent), they are also willing to receive virtual care from tech companies, such as Google and Microsoft (27 percent); retail brands such as Best Buy, Walmart and Amazon (25 percent); and medical startups (21 percent).

The potential challenge to arise from this increased competition, Valdes said, is that it could divide the health system even more than it’s already fragmented. Nate Murray, COO at Crossover Health, which offers direct primary care through employers like Amazon, agrees with this sentiment. He says that chronic care management is best operated by a known primary-care provider.

“Telemedicine today, by and large, gives you convenience to a stranger. That’s awesome if you have a UTI, but if you have something that’s more complex, that’s not awesome,” Murray says, citing research that indicates patients increasingly do not have a primary-care doctor. “They have to find some other way to access care, which is not only more expensive, but it misses important preventive care opportunities.”

For CEOs in payer and provider organizations, the shift to digital can present a unique, strategic advantage, experts say. But to get there, the time to act is now.

“Health care is transforming faster than ever before, both out of necessity and because there’s been a shift in what consumers expect from us. Now is the time to lean in and place bets. Make those changes you’ve been thinking about. Don’t watch and wait for someone else to do it,” Valdes says.