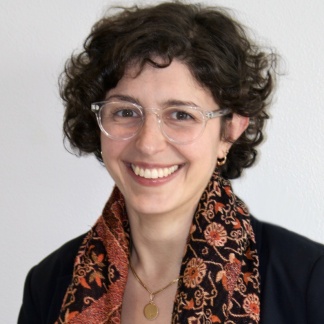 Pricing transparency regulation got off to a rocky start in 2021. Will 2022 be any better?

In this series, Health Evolution is examining the year 2021 in health care through the lens of our eight imperatives. We will be examining the trends that were at the top of CEOs’ minds throughout the past year and what may come in 2022. This week: Addressing affordability

In 2021, the pricing transparency era got off to a tumultuous start.

The Hospital Pricing Transparency rule went into effect at the beginning of 2021, requiring hospitals to “provide clear, accessible pricing information online” through a comprehensive machine-readable file with all items and services as well as a display of shoppable services in a consumer-friendly format.

How did that rule go over?

According to researchers at University of Minnesota School of Public Health, only 1 in 4 sampled hospitals reported all required data elements in machine readable format. Of that one quarter, only a percentage were posting the negotiated prices between payers and providers, which is a requirement of the Hospital Price Transparency rule. Slightly more than 70 percent of hospitals reported data in a consumer-friendly format with the majority doing so through the availability of an online price estimator tool. But this varied across different types of hospitals with non-profit hospitals (versus for-profit and public) and those affiliated with systems (versus independent) more likely to report consumer-friendly information.

There are a lot of reasons why compliance with the pricing transparency rule didn’t even come close to 100 percent, says Sayeh Nikpay, PhD, Associate Professor, Division of Health Policy and Management at the University of Minnesota School of Public Health and one of the authors of the study. For one thing, she says it came out at the worst possible time.

Interested in participating in the 2022 Health Evolution Summit? Apply to attend

“Can you imagine a time where hospitals were more overburdened with everything else? Asking hospitals to comply in 2020 with this policy, even though it didn’t completely overlap with COVID, was very difficult to do,” says Nikpay.

Other studies confirm that the government had some challenges with compliance of the hospital pricing transparency rule in year one. A study published in Health Affairs found that 65 of the nation’s top 100 hospitals were clearly noncompliant with the rule. The researchers added that the number they arrived at was almost certainly an underestimate. It was enough of a problem that CMS reached out to more than 250 hospitals to issue a warning about their noncompliance, according to Bloomberg Law.

Lack of a financial disincentive

Beyond COVID, finances played a big part in why hospitals were not complying with the transparency rule to the degree in which CMS expected. The initial fine for noncompliance hospitals was $300 per day, regardless of size. In a yearly total, this amounted to a drop in the bucket for many hospitals at just over $100,000. Moreover, as Nikpay notes, it’s also not a cheap initiative to implement.

“The Office of Management and Budget said that complying with this policy would cost hospitals $71.4 million in 2021 alone. Even though the vast majority have EHRs, it’s not as if there is a button that you can press to send these prices to a consumer, shoppable tool or a machine-readable database. This is quite an administrative effort to make this data into something usable,” says Nikpay. After the initial implementation, the rule will cost hospitals an average of $21 million per year to sustain, says OMB’s analysis.

What’s potentially encouraging for supporters of this rule is that the fine has been increased by CMS to $5,550 per day for hospitals with more than 550 beds. For hospitals between 31 beds and 550, it’s the number of beds times $10. And for hospitals with under 30 beds, it remains $300. This means the total goes up to more than $2 million for larger hospitals, which is harder to write off. Nikpay says it should move the needle.

“When you look at hospitals’ operating revenue, that’s a much bigger number,” says Nikpay. “Now that skin is actually in the game, are they going to comply? What economic theory tells us is yes, they should be complying. We have yet to compile the data but we’re going to look at it very soon. This is important because it’s a much bigger penalty.”

Turquoise Health, which creates pricing transparency software for payers and providers, looked at the compliance data throughout the year and saw an uptick when CMS announced the increased penalties in July, says Marcus Dorstel, head of operations at Turquoise.